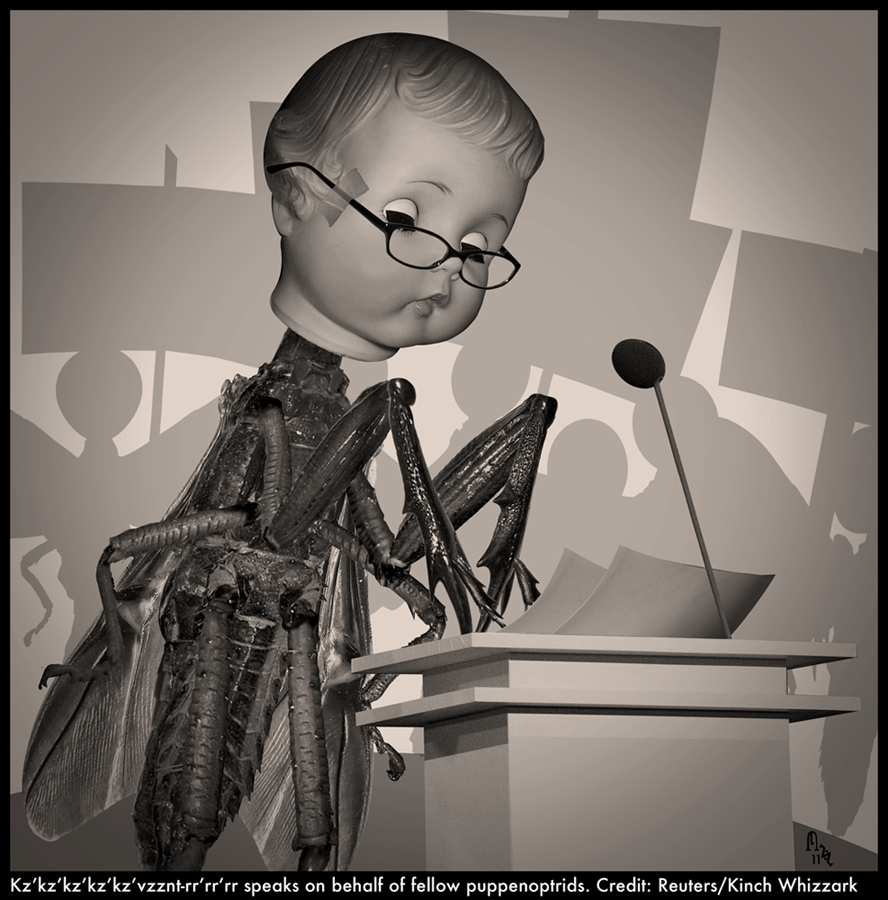 (Reuters) — A clutch of puppenoptrids holding signs and banners staged a peaceful demonstration outside the Vulverkhempton Community Center at 6 PM on Tuesday.

Their stated purpose was to counter negative stereotypes, combat ignorance and promote understanding.

“We’d already heard the unfortunate rumors about puppenoptrids taking dolls away from children and so on,” said Tixixixixit-vviivv’z’z’z’z’z’z, spokesperson for the local hive.

“It was when we saw anonymous fliers repeating these falsehoods that we decided to take action.”

Puppenoptrids (Pupafurius hypervespa) are insects born without heads. They must adopt the heads of dolls, which can then function as their own.

“We’re tired of the erroneous misconceptions. Let’s get the facts straight: We don’t hunt for new dolls, or currently used playthings, ever. That’s against our code. We want cast-offs. Discarded dolls. The older the better. No one is trying to mess with your kid’s Barbie and no one wants to. Can we all get along?”

Despite the generally receptive crowd, a few dissenters made their case to the press.

“This is a quiet neighborhood. I don’t need headless insects defacing my child’s toys,” said one parent who declined to be named.